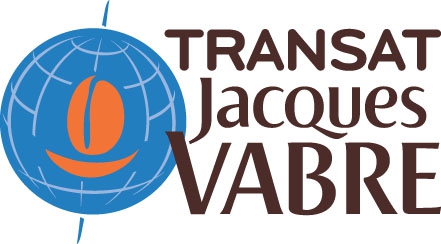 Created in 1993 by Jacques Vabre brand, the Transat Jacques Vabre, which celebrated its 10th edition in 2011 and its 20 years of creation in 2013, is the longest double-handed transatlantic race with 5,395 nautical miles.

Collaborating with the city of Le Havre since his creation, Jacques Vabre made this transat become a sporting and human adventure, between France and the coffee lands, such as Colombia (Cartagena), Costa Rica (Puerto Limon) and Brazil (Salvador de Bahia and Itajai). The Transat Jacques Vabre has found over the years its rhythm and its format. It convinced the competitors and their sponsors, thrilled the public and confirmed its legitimacy.

The original idea is simple: a great race takes its source on a historic route. Thus, for 20 years, the Transat Jacques Vabre redraws the journey of the big trade sailboats of the 17th century, linking Le Havre (1st French coffee harbor) to a coffee-producing country.

Since the 2007 edition, the Class40 fleet became essential because it is the most represented on the starting line for each edition (except 2009 when they compete on another transat). For the Class members, in odd years, the Transat Jacques Vabre quickly became a major event of the calendar. In 2007, for its first participation, 29 boats were registered.

In 2007, for its 8th edition, the Transat Jacques Vabre chose to focus on Sustainable Development. It became the first race of this extent to reduce its environmental footprint and offset its carbon emissions. Transport, energy and water consumption, public awareness, education and waste management are central and  allow a positive environmental balance.

«Prendre la Mer, Agir pour la Terre», (Set the sails, Act for the Earth) is now the credo of the Transat Jacques Vabre, which received in 2007 the official sponsorship of the French Ministry of Ecology, Energy, Sustainable Development and the Sea. It is more relevant than ever, becoming a 100% eco-friendly event as well as an unforgettable sporting challenge.