Phil Sharp, Alex Alley and Sean Conway established the first ever reference time for sailing from Lands End to John O'Groats in 3 days, 11 hours and 52 minutes at the avearge speed of 7.39 knots!

After leaving Lands End, south of England,Friday December 11th at 0855 hrs on the morning, they reached John O'Groats at 2047 hrs on Monday December the 14th. 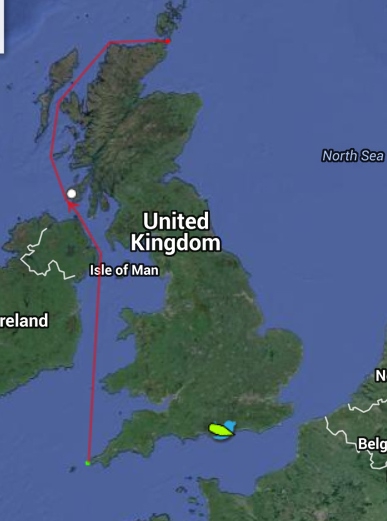 On their Class40 nb 112, an akilaria RC2 launched in  2011 it is a good performance for  3 people who never sailed together before.

If Phill Sharp, winner of the Route du Rhum 2006 in Class40 and  Alex Alley, 4th of Les Sables-Horta-Les Sables 2009, are famous sailor, Sean Conway is runner and photographer who reached these 2 points before by running, cycling and swimming.