This is another Victory on a Class40 race for Gonzalo Botin: at the end of 2 weeks of races on the East American coasts, the Spanish and his co-skipper Pablo Santurde del Arco won the Atlantic Cup 2016. 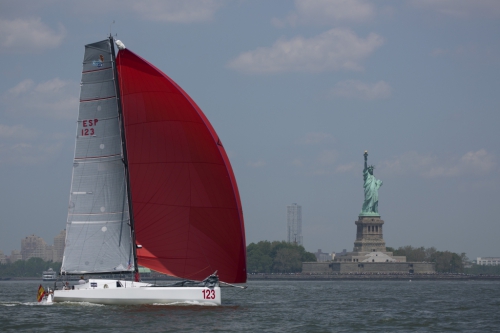 On June 4th, the start on the 2nd leg Brooklyn-Portland is given. Tales II, after 50 hours, duplicated his triumph. Eärendil and Toothface (Mike Dreese et Tristan Mouligne) complete the podium.

Two days of Inshore races close the 2016 edition of the only dedicated Class40 american sailing race. Tales II won 2 of the 5 races. Eärendil, Dragon (Michael Hennessy and Merf Owen) and Oakliff won the 3 other inshore races.