Victory for Imerys (#130) on the Normandy Channel Race!

The Normandy Channel Race, now a classic Class40 race, started on Sunday 14th of May in Ouistreham Bay and has kept its promises. 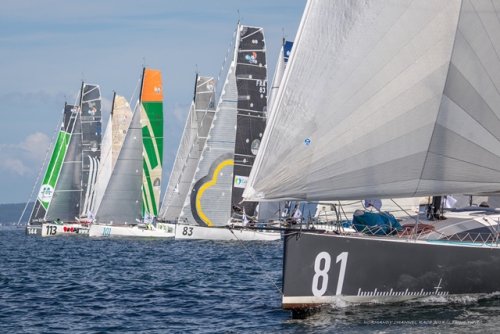 Those who crossed the finish line (19 among 24 - 5 boats gave up) found what they hoped : good atmosphere in the marina and incredible race depite the sails which torn and many small problems.

The British/Spanish crew of Imerys (Phil SHARP and Pablo SANTURDE) climbed on the top of the podium. Serenis Consulting ,#125 (Jean Galfione and Nicolas TROUSSEL) arrived 2nd, 2h 31min after. V and B, #144 (Maxime SOREL and Antoine CARPENTIER) complete le podium.