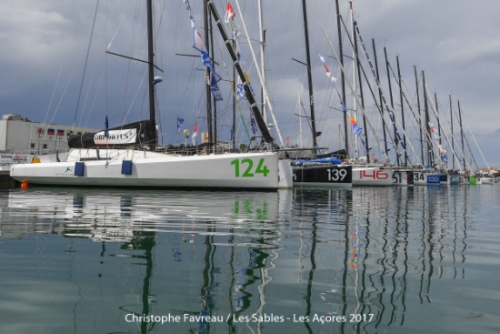 The 19 competitors all arrived in Port Olona.

The program of this classical race of the Class40 circuit :

- After a short coastal route in front of the beach, they'll head to Horta where they should arrive after 6/7 days.

- A few days of well deserved rest in the Azores where some crew will take the opportunity to change their co-skipper.

- Start of the second leg on Friday July 14th.

These 6 duets decided to have dinner together to discuss the race and the vintage ranking that they would like to promote. A real emulation in this group !