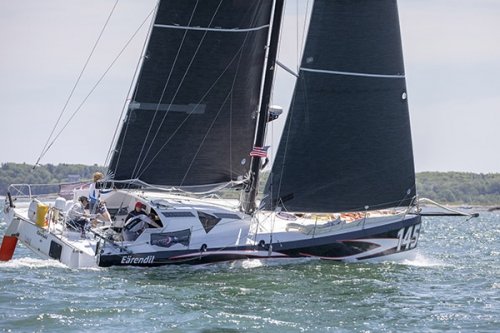 French/Italian team #145 Eärendil, skippered by Catherine Pourre and Pietro Luciani, captured the 2018 Atlantci Cup as they dominated the two offshore legs and held on to a narrow advantage as #128 Toothface II closed the gap with exceptional racing in the inshore series. The Portland-based #127 Amhas, skippered by Micah Davis and Rob Windsor, placed third after a consistent performance throughout the two-week event.

Catherine Pourre is the first female to win the race