11 skippers took part in this solo race opened for the first time to the Class40s with a program similar to the Imocas and their trophée Azimut . 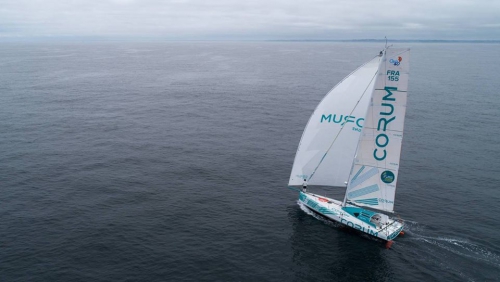 The start of this 120 nm race from and to Lorient was given on Friday 21st of September in the evening. Maxime Sorel (V and B #144) and Romain Rossi (Fondation DigestScience #131) gave up but for the others, this race with its various weather conditions was a good training for Route du Rhum destination Guadeloupe.

On arrival, Nicolas Troussel, winner of the race, confirms that it was a demanding race because he was forced to constantly adapt to the very changeable wind.

A course around Groix was planned on Sunday but was finally canceled because of the weather but that has not stopped the most challenging  teams from sailing!