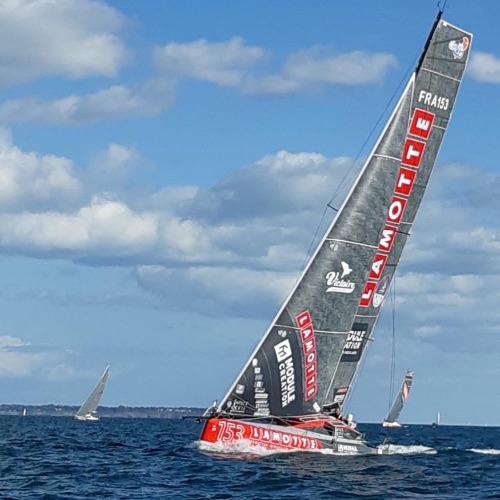 It was the last race of the season and they had planned to give it all! Luke Berry and his crew raced last weekend on the Spi Ouest France in La Trinité-sur-mer. After three days of racing and three coastal courses, Lamotte - Module Création won in Class40. Our skipper couldn't have ended his season in a better way!

"These three days in La Trinité were really nice! Wind, sunshine, even if the temperatures had clearly dropped this weekend. We arrive 2nd the first day, then we win the next day in front of Leclerc. That really motivated us to give everything for the last day of race, we were not far from the victory? Finally we win this last coastal course and in the general! There was a very beautiful match with the brand new Class40 Leclerc of Olivier Magre who had on board Sam Manuard and Nicolas Groleau, designer and builder of our boat and also with the friend Jean-Baptiste Daramy who completes the podium, congratulations to them! After this hectic season and our retirement on the Normandy Channel Race, it feels good to end the year this way. Like that the Mach 3 can still fight well against the new boats! Thanks again to my great crew, we spent three days on the water really great" says the skipper.