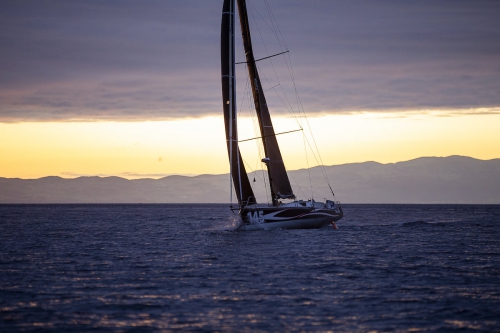 In one month's time, on Sunday 27th June at 2pm, the 8th edition of Les Sables - Horta - Les Sables will kick off. Although the event is usually held in two legs, in the form of a round trip between the Vendée and the Azores, this year the organizers have been forced to adapt and modify the format of the competition. In the current pandemic context, the Portuguese local and health authorities do not wish to host an event this summer. Therefore, the traditional stopover cannot take place. The race will be played out in a single major leg of 2,540 miles. The 25 duos will not set foot on the archipelago with its green landscapes and inimitable welcome, but they will get as close as possible with the obligation to sail around the island of Faial in the direction of their choice, as well as an anchored buoy in front of the entrance to the marina of Horta where an official score will be taken. In short: the voyage will remain on the program, and the strategic game will be more open than ever!