Winner in 2012 and 2016 in Douarnenez, Jean Galfiones team won also the 2018 edition. This is the first race counting for the 2018 Class40 championship and the second of the European Trophy. 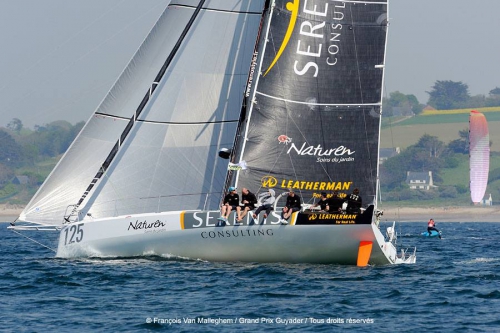 The 15 Class40s engaged were very lucky: 3 days of speed tests and inshore races under the sun.

Saturday was a good day for the newcomers in Class40. Lost Boys (#101), recently bought by Charles-Louis Mourruau won the the first coastal course and Volvo (#104) skipped by Jonas Gerckens won the second. Concerning the runs, the lift40 Carac (#150) skipped par Louis Duc was the faster.